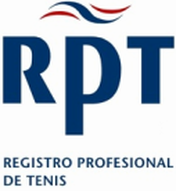 Adrian Rattenbury
started playing tennis at the age of 7 and now has more than 30 years in the tennis coaching industry.

He was Davis Cup Coach for the UAE National Team becoming the 1st National Coach in the UAE to train an International Championship Winning Team and to produce Junior World Ranked Players. Coach for 18 Davis Cup Ties and over 30 International Matches including winning the Junior Gulf Championships. Adrian also represented Great Britain and the UAE as non-playing captain in Junior World Ranking events throughout Europe, Africa and the Middle East.

With 30 years of successful corporate sponsorship contracts and agreements Adrian became the first coach offered a contract by Nike in the UK.

He successfully created, manages and developed 4 limited companies, a partnership and sole trader businesses over the past 25 years and was the ATP DIrector of Programmes overseeing the ATP Tennis Camps throughout the world. Developing the coaching programme, course content, training coaches and the management of the ATP image.

In the world of coaching Adrian has gained a very high reputation and is a member of the LTA coaching committee and has consulted on Shaping the Future of Standards in Education and Sports Coaching in association with the Governments skills sector council. He is a member of the Advisory Panel to a National Awarding Organisation and is a Sports Ambassador for one of the countries leading Sports Law firms. His International influence includes being a a member of the
USPTA Player Development Advisory Council. Recently Adrian was invited to present to the All Party Committee for Sport at the House of Lords on the state of British Tennis.

Adrian is the President of the RPT Europe and Asia